IronMac's challenge for Friday.
(For a full description of the challenge check out IronMac Fitness on Facebook) 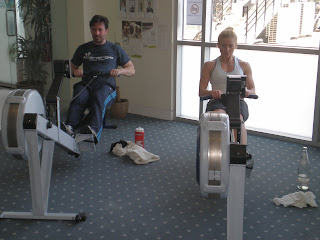 First a word to Andy - Sorry Mac but I had to modify the challenge slightly.
No excuses - but unfortunately both me and Ewan have injuries, which we had to work around.

The challenge was hmmmm ... interesting. I didn't expect the pull ups to be easy (in the end we both did 120 pull ups in total, which for me is quite a lot) but surprisingly this was the easiest part of the training. Rowing proved to be most difficult. Our rowing times were horrific. The last row was so bad that I didn't feel anythig, there was no fuel left. 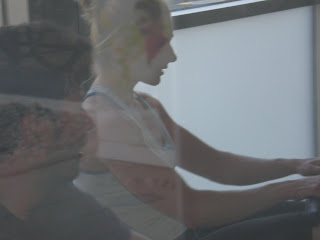 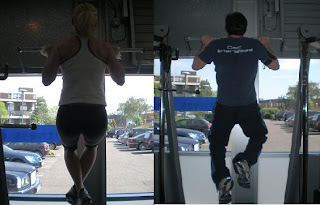 
Ewan (had to replace box jumps and burpees) 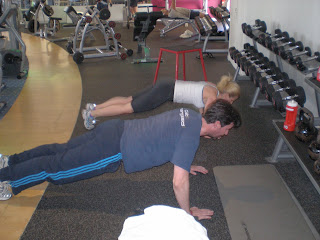 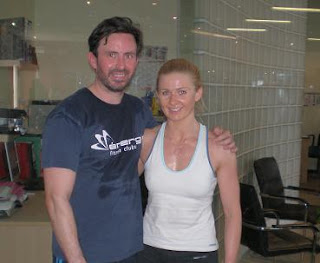 Ps. A short note about my friend Ewan. Ewan Ross is a former British army Captain with the Royal Highland Fusiliers and the Parachute Regiment. After resigning his commission he entered the private military world working on counter kidnapping operations in South America to anti-terrorism operations in Pakistan.After a lot of deliberation he decided to pursue his dream and become an actor. Ewan stars in WW2 action drama "Age of Heroes" alongside Sean Bean and Danny Dyer (in cinemas very soon).
Ps2. I still have to do my dancing session with SJ this evening. LOL, that will be a funny one - I feel kind of tired ...
Posted by Sabina Skala at 05:39