Daniel Agard: Heart of A Samurai

Ahead of the 2011 International London Open IBJJF Championships at Crystal Palace, I got to grips with what the competition has in store for Daniel Agard, about his training philosophy, his plans going into 2012, and his exciting experience training on the Fighter Development Program (FDP). 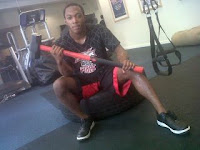 CS: Daniel, for those who don't know about you, tell them about your BJJ competition success, and where you train?

DA: My main BJJ competition success started when I was 15-17 years old, winning juvenile and adult tournaments. At 17 I won the Juvenile Europeans title, and the Abu Dhabi Pro trials. After this, I focused on training for The World Abu Dhabi Pro and that's how I've made my name on the international circuit; and I came 2nd in the Europeans at Purple belt. I do all my BJJ training under Felipe Alves De Souza at BJJ School (in Battersea Youth Centre) and with CJS Fitness, at Balance Performance Physiorapy for my strength and conditioning.

CS: How did you get involved in BJJ?

DA: From 14 to 15 I was searching for academies to start a career in MMA, and then I found a website to the Roger Gracie academy in Ladbroke Grove. I fell in love with BJJ and I've been focussing on it since.

CS: How has your style changed over the years?

DA: I started implementing a fighters style named Marcelo Garcia, when I was a younger blue belt. I then developed a more flexible style which I learnt firstly from Michael Russel and then I began to study more of that style from Cobrinha. I was taught my fighting style when I'm on top be my instructor Felipe, and I've always seen some similarities in my style and his. A long with that, I've taken a few tricks from other fighters such as JT Torres and Raphael Mendes. I'm always changing my style to what suits my style.

CS: Who has been the biggest influence on your BJJ training?

DA: There have been many influences and this is really hard to answer, but I think it would have to be Lloyd Irvin who is an American Black Belt. The way that he has created a system for his team, and to actually see his team implement the same system into their fights is beyond me. I saw one of his students, perform the same move on some in a tournament in 2009, and it amazed me how someone could do this. I learnt more about Lloyd's way of training and he talked a lot about drilling and its importance. I wouldn't be where I am today if I didn't focus on drilling so much.

CS: So you have been on FDP for almost a year, how have you benefited from it?

DA: Being in the FDP team has been a career changing experience. I've learnt how to train smarter and how to eat correctly according to my training. I really had no idea about any of this before I met Cj, but the main benefit is that my body allows me to train harder and I can also train more during the week, because of what I've learnt from Cj.

CS: What has it been like training with Cj?

DA: Its been great because Cj has really learned how I cope with training stress; if I'm pushing myself in training or not. He really helps me to believe in myself when I want to give up, and that helps me work harder.

CS: In what way is your competition preparation different than before you were on FDP?

DA: I train Strength and Conditioning! I've gained an insane amount of strength since I've started, and for BJJ, that's important. I'm holding positions longer its allowing me to take more control during sparring. My style of fighting is very explosive, but because I didn't train strength and conditioning, I couldn't do what I've wanted to do in competitions. I really felt the difference when I fought in January (at the Abu Dhabi Pro Trials) because I was more aggressive and I did what I wanted to do.

CS: What was the biggest surprise you had training with Cj?

DA: Dead lifting 120Kg, without a doubt. After I lifted the weights, I asked Cj if it was a good effort, he laughed and said yes. So that has to be it for me, but I have higher targets to reach very soon.

CS: With FDP you train with fighters from different combat sports - how has that influenced you?

DA: Its influenced me a great deal when I see my training partners succeed in their fights, and in training. That's my reminder telling me that I can do the same thing and that I will. Its really inspiring to be apart of the FDP.

DA: My plans for next year is to go into 2013 with 5 World titles. Weight and absolute in the gi and no gi in The Abu Dhabi Pro World Cup; and one title at the World Championships.

CS: The BJJ International London Open is at Crystal Palace for the first time next weekend; are you excited about the competition?

DA: I'm so excited for this tournament because its the first time the IBJJF (International Brazilian Jiu JItsu Federation) will be in England, and I will have the opportunity to show case my game.

CS: Who will you be having your eye on in the competition?

DA: Myself! I'm just going to step onto the mat, being confident to do what I've trained for so long to do. I won't worry about anybody else's style or tactics.

CS: What is it that you love about BJJ and competing?

DA: BJJ is so diverse, so dynamic when it comes to techniques and positions. So diverse where you can pick out techniques from DVD's! You're always learning in this sport. I have many internal and external factors about competition, but I just love to have fun and to enjoy myself. Training hard for so long and let everyone see what you can do. Its a really good feeling.

CS: Do you see yourself competing in any other combat sport during your career?

DA: As a BJJ fighter, MMA will always be in the back of my mind so I guess we will have to find out soon.

CS: Dan, its been a pleasure training you. You have achieved a lot already and I'm sure great things lie in store for you. Thanks for doing the interview.


You will be albe to see Daniel Agard in action and all the crew form the BJJ School, this weekend 1st - 2nd October at The London International Open IBJJF Championships.