Kettlebells land down at Fitzroy Lodge 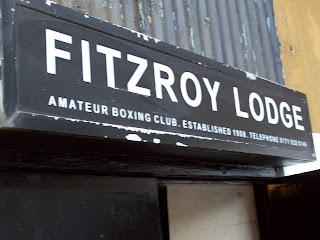 It was a scorching hot summer Sunday when myself and the crew from London Kettlebells, Steve and Ken, arrived at our South East London destination to deliver our Kettlebell Seminar. Fitroy Lodge is a corner stone when it comes to boxing. Established in 1908, the Lodge was originally based in Walcott Square and sported three rings. However Hitler had other plans, in 1939 during the Blitz the club was bombed and destroyed, reducing it to rubble. After a nomadic existence in the years that followed, the club finally found a permanent home under the arches in Lambeth Road in 1946. On the 28th July 2008 we gathered in the sweltering heat of the arches to throw around some bombs of our own, for six hours of hard working fun.


This seminar content was different to ones I had previously run with London Kettlebells. After feedback, Ken and Steve had found that previous workshops covered too much material and they wanted anyone who did a seminar to walk away with a solid foundation in the basic Kettlebell exercises, and feel confident with what they had learned. A testiment to their integrity. 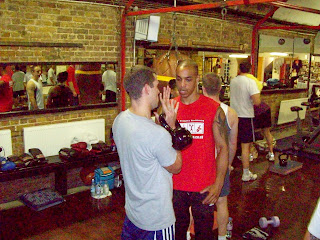 The group was a mix of Boxing Coaches, Personal Trainers, and Kettlebell enthusiasts of all shapes and sizes. So we had to pitch the level just right. Ken led the dynamic warm up which had quite a few people regretting the saturday night binge before. After a brief moment to gather their mental faculties, Steve was next up to bat going through the finer subtleties of the Swing and its variations. I followed, highlighting important coaching points of the clean and common mistakes.

The heat soon began to get to people. We took frequent breaks so that everyone could rehydrate and regroup. Ken, Steve and Myself rotated leading. We went through the Snatch, The Turkish Get up, Clean and Press, and the Windmill. After a well earned lunch, I went through some new material I had created, geared towards boxers and fighters. Due to the extreme fatigue the goup was experiencing, I had to modify my original plan. The combination of bodyweight and Kettlebell exercises showed the group "where its at" when it comes to the benefits of kettlebell workouts (as Steve so poetically put it!). 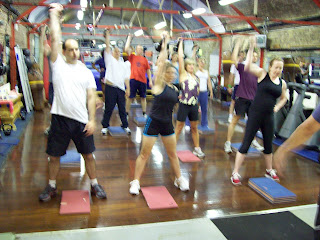 I've ran workshops with London Kettlebells for well over a year now and its always a pleasure to work with Ken and Steve. The group worked hard and was enthusiastic which makes the seminar all the more enjoyable - there were some real characters present. Thank you to Mick Carney for use of Fitzroy Lodge, and all the other Coaches who took part in the seminar and made everyone feel welcome.
Posted by Coach Cj Swaby at 08:24