Achieve Training Success: Do more of what you're bad at.... 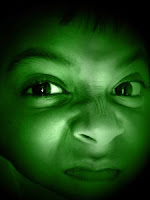 Does doing what you're bad at make you feel frustrated, angry, awkward, clumsy, motivated? When it comes to training, everyone enjoys doing what they're good at. I'm no exception. Its perfectly normal. While challenging, we can manage it without too much trouble, so we feel good about ourselves, our sense of self worth grows and we can look forward to our next session. But thats the problem, it limits our potential for growth. We get comfortable, and often our greatest chance of improvement lies in doing the things that we're not so good at.

Years ago, When I first started Kettlebell lifting, it took me about 6 months before I was able to do a pistol. I knew it wasn't due to my lack of strength in my legs or athleticism, but for some reason I just couldn't quite get it. Frustrated, I initially avoided them, but secretly it niggled at me. After a while, I declared to myself that this was something I wanted to crack. I knew that I would be able to perform them and I pursued it, not in a fanatical sense, but as a matter of fact (and just a question of time).

Each day I practiced, not obsessively , but just enough . I watched clips and picked the brains of coaches who's opinions I trust. Still no joy. It is often said, be careful of what you ask for, as you might just get it - well this was a case in point. Around about that time, I had the chance to train with Steve Cotter in one of his workshops in the UK. It seemed fate had a plan in store, because as part of the work shop Steve covered Pistols. Filled with excitement at the prospect of being able to do a pistol (and slight concern of making a complete fool of myself) I attacked the training drills. Limbs flailing (but determination still in tact) after considerable effort and technical adjustments from Steve, I finally got it. In essence it is a very simple exercise, and a very simple thing, but that was exactly the reason it was all the more frustrating, as I was capable of things far more physically challenging and technically complicated.

The sense of achievement was far greater than when I had done the things I was good at in my training. Not only that, I was able to add pistols to my marathon training routine. My times have improved vastly since.

So the question is, what are you avoiding in your training? how could it help you improve if you did it? and are you willing to put in the work?


Dave Tate over at T-nation talks about an experience he had at a weightlifting competition, where he failed to lift his first attempt. It was a weight he had handled many a time before, but this time, when attempting the squat he couldn't even get it out of the rack,

"Finally, over the loudspeaker came the words I'd waited nine months to hear, "Load the bar to 860 pounds for Dave Tate." It was a weight I'd squatted several times before, and it was to be my opening attempt. Full of rage, I began chalking my hands.

This is the moment with every big lift that I "detach" from myself, and go on autopilot. Rarely do I remember anything from the time I leave the chalk box until after the lift.

However, this lift I do remember, because I couldn't get it out of the rack.

I remember trying to stand up with the weight, but I couldn't budge it. It felt welded to the rack. I tried a few times and still nothing. This pissed me off to no end, so I stepped back and increased my rage as high as I could, got back under the rack, and nothing.

My helpers stepped in and pulled me from the rack. Needless to say, this was not a good moment for me. Nine months of training and I couldn't get my damn opener out of the rack.

Just then, I heard Louie Simmons call out, "Dave, you're done. Pull out." I glanced back at him, figuring he was just trying to piss me off. But he looked straight at me and said, "I'm serious, Dave. You're done. Pull out, and we'll talk later. It's not worth what could happen right now."

Now, Louie Simmons is one of the best coaches in the world, and I was part of his team, the Westside Barbell Club. This club is known to be the strongest gym in the world and I was one of Louie's boys. I respect this man and trust him with my life.

So I pulled out, and spent the rest of the meet watching the rest of my team lift well, sitting there eating hot dogs and wondering what the hell my problem was.

On the drive home, I told Louie, "I don't understand what happened today. My training went well. I was strong as hell on everything in the gym."

Just then he stopped me and said something I'll never forget: "That's exactly your problem." [read more]